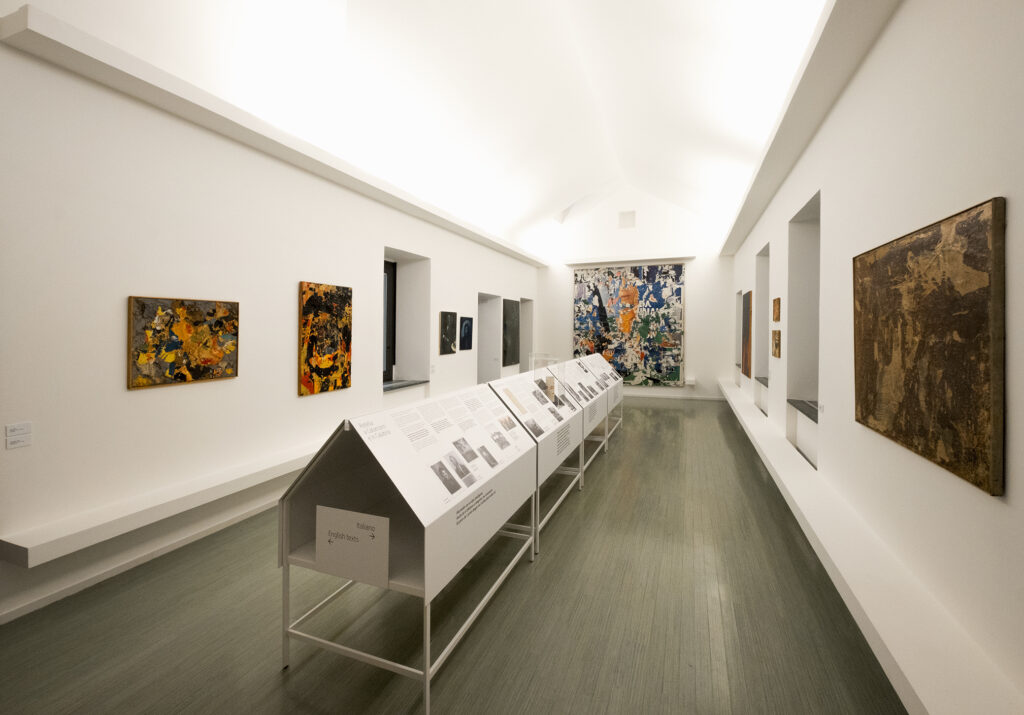 As a result of the close bonds he had with Calabria and Catanzaro, his home town, it was here that Mimmo Rotella opened the Casa della Memoria on 18th March 2005. The house-museum has emerged from the project by architect Marcello Sestito aimed at restoring the spaces of the house in which the artist lived at 1 Vico dell’Onda. This was the place in which he was born and brought up by his mother, Teresa Curcio, who worked as a milliner, creating hats for local ladies. The family setting played a fundamental role in the artist’s development, as he was influenced on the one hand by his mother’s use of colour and on the other by his father Vincenzo, who encouraged to study.

The Casa della Memoria brings together some family memories, important documents and a series of seminal works by the artist. The house-museum houses décollages and other works from the Fondazione Mimmo Rotella made using the various techniques employed by the artist over the course of his long career and a library specialising in publications about his activity and the contemporary arts.

Rotella himself declared: “I will offer the Foundation, and therefore all Calabrians, some of my most significant works, which must be exhibited in a dignified space and be accessible to anyone who wants to see them. My idea for the future of the Foundation is linked to a broad cultural vision of sharing and debate and does not foresee the creation of a closed box, reserved for a few, which would be meaningless and would end up emptying my very conception of art and life of any meaning.
From Rome downwards, there are no foundations dealing with contemporary art; ours could be the first, and it could automatically become the central reference point of a network, which exists in Calabria, but is not coordinated”.

In 2018, on the occasion of the centenary of the artist’s birth, the Casa della Memoria renewed its permanent layout, inserting a series of elements for display that were specifically designed to fit the intimate and bright spaces of the room. The new arrangement clearly shows the relationship between Rotella and the cities in which he lived and which he travelled through on his many journeys that contributed to broaden his human and artistic experience, with a special focus on the link between the artist and his homeland. Indeed, urban spaces were the favoured state for his career, which began in Catanzaro within the walls of the Casa della Memoria.